9:28 PM PT — Aaron tells TMZ first responders busted down his door to check on him. He says they asked him if he was suicidal, if he’d taken any pills or threatened to harm himself … all of which he claims was not true. Aaron says he’ll ask cops to fix his door.

Aaron Carter was visited by cops and paramedics after someone called to report the singer had suffered an overdose … but it turned out to be a false alarm.

Law enforcement sources tell us they got a call to Aaron’s California home Wednesday night for a possible overdose. Officers arrived on scene shortly after 8 to check on Aaron. We’re told they made their way into his bedroom, after no one answered the door … and determined he was fine and had just fallen asleep. 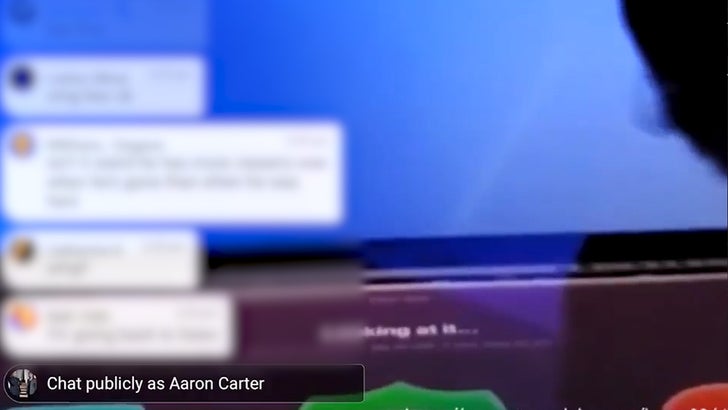 Just before the call, Aaron was doing a live stream with fans and apparently dozed off … prompting viewers to call the cops. You can hear law enforcement wake Aaron up and determine he was alright.

The incident is among a stream of issues the singer has had over the last few months — including multiple restraining orders filed by his family members — including his Backstreet Boys brother, Nick Carter.

We’ve reached out to Aaron and his family for comment … so far, no word back.