So, a bunch of LAPD officers were conducting roll call in Sherman Oaks, California on Tuesday — when all of a sudden Magic Johnson walks out of a supermarket and starts high-fiving the cops!

It all went down in front of a Gelson’s — where cops from the Van Nuys station met up for their morning briefing before hitting the streets.

Magic had been inside the store doing some shopping and had no idea the cops would be gathering that morning … but we’re told once he saw the officers he dropped everything to go hang out. 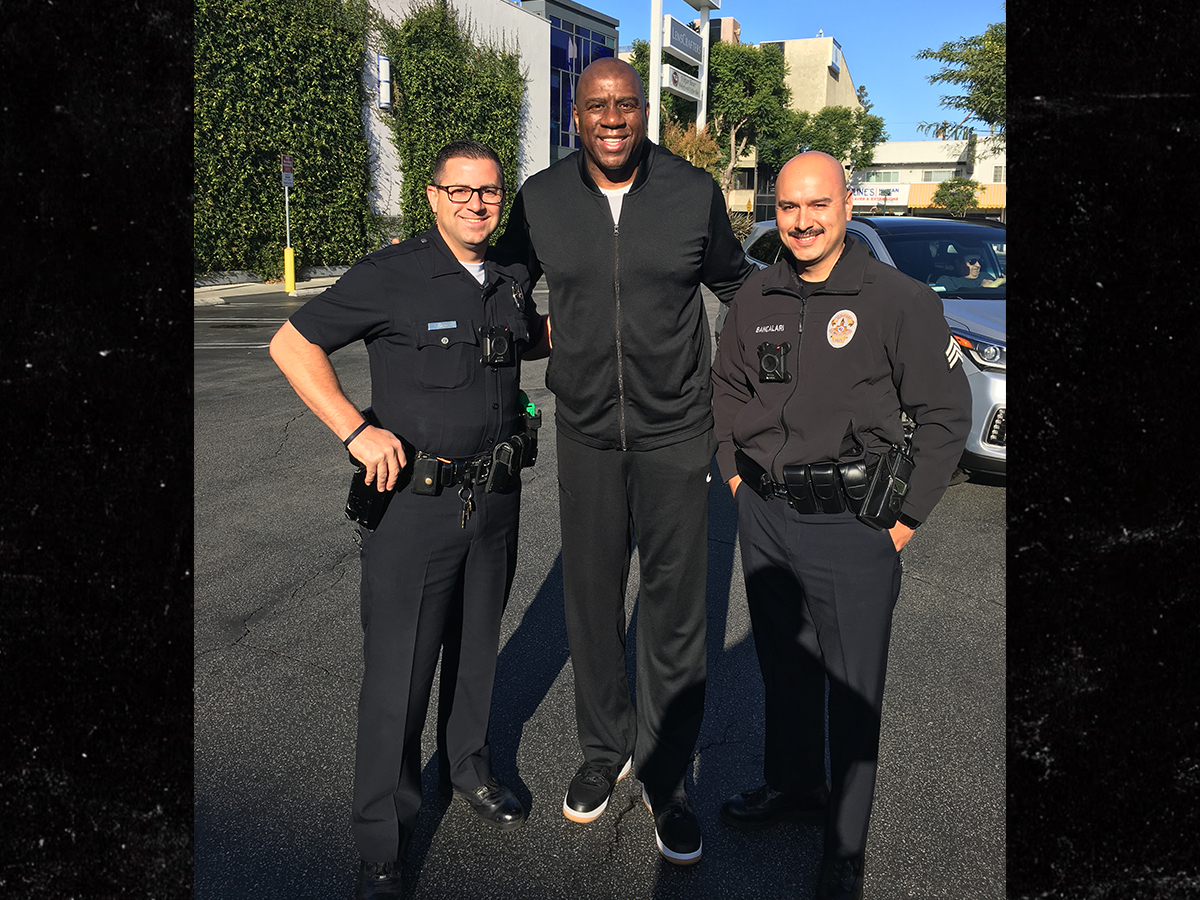 One source tells us he chatted up everyone, thanked them for their service and posed for a bunch of pics.

As one officer put it, “It made our day!”

And get this, despite an ESPN report that came out Tuesday morning which painted Magic as a “bully” during his time as an exec with the Lakers, he didn’t seem fazed … we’re told he was in a great mood and couldn’t have been nicer.

We reached out to Magic for comment who told us he had a “great time” with the men and women in blue.