Santa Claus isn’t the only one coming down the chimney this Christmas as one household learned in dramatic fashion … ya gotta watch out for those night owls too.

This is pretty nuts … a family in upstate New York wanted to light a fire in their fireplace this past weekend for a holiday party, but heard fluttering noises from inside their chimney. They figured it was a bird or an animal, so held off on lighting up for the moment.

By Sunday, we’re told the noises had stopped … so the fam figured whatever was in there had gotten out and scrammed. Naturally, they went ahead and started that fire they wanted to get going the night before. 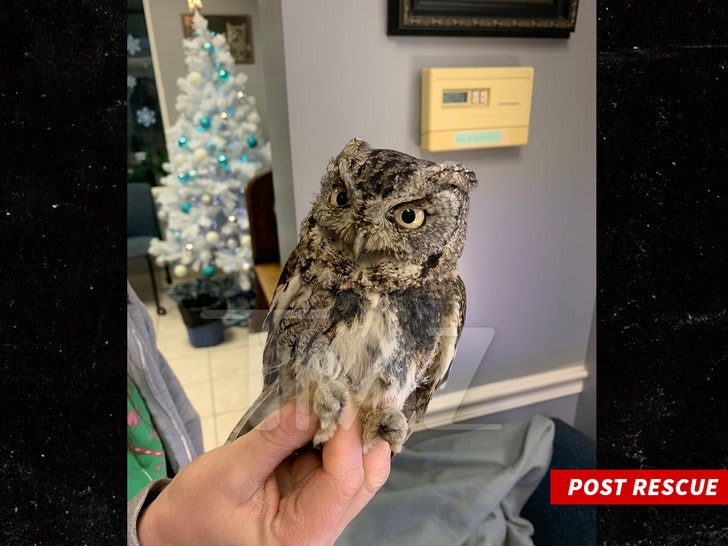 To their surprise … things ended with an unexpected visitor dropping in (literally) and almost getting burnt to a crisp. Luckily, no animals were harmed in the making this story.

A fully-grown Screech owl fell down the chimney and was frantically trying to escape the flames. The people inside obviously noticed and immediately cut off the fire … and finally got a hold of the little guy, who might’ve been a little toasty, but wasn’t injured.

We’re told the family called Animal Control, which came through and took the owl to a shelter, where it was given fluids due to dehydration. It’ll be released in a few days.

Just a lesson for the kids … ya never know who’ll pop in for Xmas. ‘Cause it ain’t always ol’ Saint Nick.